Your hard drive hasn't been acting the same lately. It's starting to make clicking or screeching noises, it can't seem to find your files, and it's moving really slowly. It might be time to say farewell—but here's what you should do before it goes to the big data center in the sky.
Every hard drive dies eventually, and when it's near death, you'll see the signs: strange noises, corrupted files, crashing during boot, and very slow transfer speeds all point to the inevitable end. This is normal, especially after your drive is more than a few years old. On older spinning drives, moving parts like the motor can degrade over time, or the drives' magnetic sectors can go bad.
Newer solid-state drives (SSDs) don't have moving parts, but their storage cells degrade a little bit every time you write to them, meaning they too will eventually fail (though SSD reliability is much better than it used to be).
Unless your drive experiences excessive heat or physical trauma, it'll probably fail gradually. That means even if your drive isn't making strange noises, you should keep an eye on its health once in a while, so you can prepare for death before it happens. Here's how to do that.

Most modern drives have a feature called S.M.A.R.T. (Self-Monitoring, Analysis, and Reporting Technology) that monitors different drive attributes in an attempt to detect a failing disk. That way, you can be ready to replace your drive before it dies of old age. 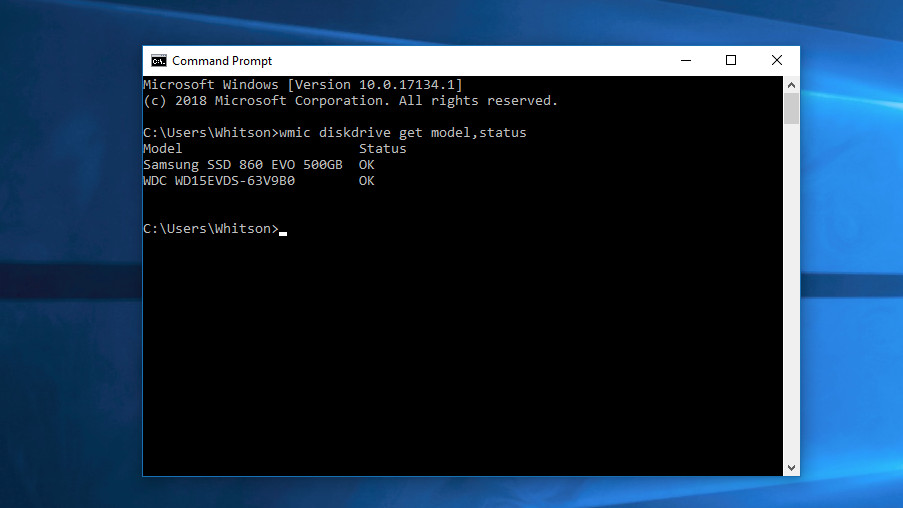 
In Windows, you can quickly check the S.M.A.R.T. status of your drives from the Command Prompt. Just right-click the Start menu, select Run, and type "cmd" or type "cmd" into the search bar. In the pop-up box, run:
wmic diskdrive get model,status
It will return "Pred Fail" if your drive's death is imminent, or "OK" if it thinks the drive is doing fine.

Please wait... it will take a second!